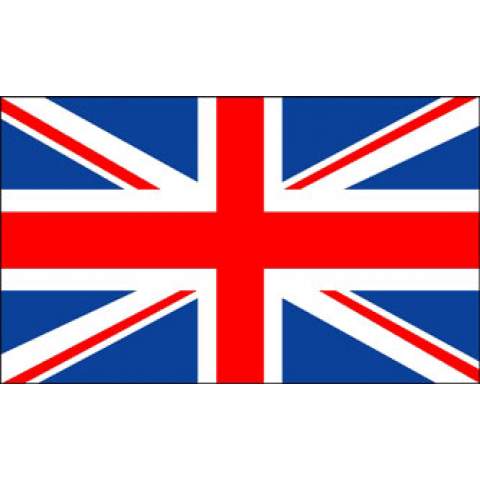 Cheapest shipping from $15.00
SKU: British Flag (Union Jack)
Stock Status: 3 pcs
Delivery Status: 1-3 days
British Flag (Union Jack).Washable Polyester flag with 2 metal grommets.Ready to be flown or put on the wall.Measures 5 feet x 3 feet.The Union Flag, popularly known as the Union Jack, is the national flag of the United Kingdom. It is the British flag. It is called the Union Flag because it symbolises the administrative union of the countries of the United Kingdom. It is made up up of the individual Flags of three of the Kingdom's countries all united under one Sovereign - the countries of 'England, of 'Scotland' and of 'Northern Ireland' (since 1921 only Northern Ireland has been part of the United Kingdom). As Wales was not a Kingdom but a Principality it could not be included on the flag.