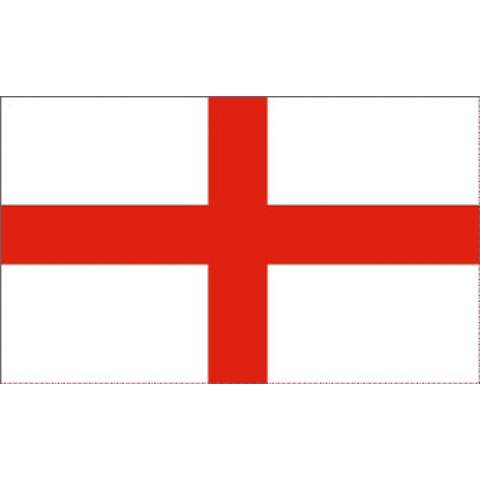 Cheapest shipping from $15.00
SKU: St George Cross
Stock Status: 3 pcs
Delivery Status: 1-3 days
The Flag of England is the St George's Cross. The red cross appeared as an emblem of England during the Middle Ages and the Crusades and is one of the earliest known emblems representing England. It achieved status as the national flag of England during the sixteenth century. Saint George became the patron saint of England in the thirteenth century, and the legend of Saint George slaying a dragon dates from the twelfth century. At the beginning of the Crusades, a red cross on white was already associated with England because this was St George's cross, the emblem associated with England's patron saint Washable Polyester flag with 2 metal grommets.Ready to be flown or put on the wall.Measures 5 feet x 3 feet.